Here are additional MasterClass Harp Players for your enjoyment. All are playing diatonic harmonicas but some play it chromatically, which often requires modifying that harp’s reeds to make this technique easier to perform.

For some reason there just doesn't seem to be hardly any MasterClass female diatonic blues harmonica players with video's on youtube.Rachelle Plas is however a MasterClass player and I'm excited to share these video's with you. The 1st. is a link to her bio presented by the Hohner Co. https://www.youtube.com/watch?v=8z_DrIDsQSw

Another French musician, with a chromatic approach on the diatonic harmonica.Frédéric Yonnet has become well known for performing with Stevie Wonder, David Chappelle, Prince, Erykah Badu and others. Website: http://www.fredyonnet.com/.

An amazing young musician who embraces the Howard Levy approach of playing the diatonic harp chromatically. This recent video, a jazz improve of “Mr. P.C. (John Coltrane) shows the depth of this 16 year old harp player's understanding of his instrument. Website: https://www.facebook.com/pages/REYHARP/508047712568481

The Blues Musician as a storyteller. Ever been divorces? You’ll want to watch this video. Want to watch another?  Here’s a Chicago Shuffle https://www.youtube.com/watch?v=tjD83U_2-IM&list=RDtjD83U_2-IM#t=24 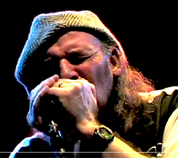 Here is another west coast player, I think of Andy Just as a Dynamic Hard Drivin’ Bluesman.

Chicago blues via of Riverside California. I’m seen Rod and his band several times and they never disappoint. His is a high powered show. Visit his site:

Here is another powerful Superharp Bluesman that has inspired many up and coming harp players devoted to the Chicago style. Here is another video: https://www.youtube.com/watch?v=2QA_F2_pup4

David Barrett has recorded a wonderful series of interviews with Masterclass musicians. I encourage you to spend some time viewing these interesting conversations. The link here is a search link to get yo started. https://www.youtube.comresults?search_query=harmonica+interviews+david+barrett

Rob Stone tells his story in this video and really strikes a chord with me describing how he got started. See if you can relate... (Note: photo credit ~ Paul Natkin).

Also, check out this other video of Rob Stone...

Raised in London he has lived in Germany since the late 70’s. He is the author of “The Harp Handbook”, and a long-term consultant to Hohner as well as, initiator of the popular “Harmonica Masters Workshops”. Here is another video of Steve Baker. I find his playing in this video so soulful. https://www.youtube.com/watch?v=jAZ8EYWT-rs And visit his website: http://www.stevebaker.de/press_en_48.html     Photo by Joachim Soltau. 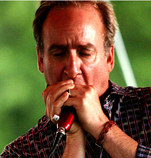 “Roly Platt has enjoyed a long and very musically rewarding career as both a live and studio harmonica player in the Canadian scene for over 35 years. He has had the pleasure of touring and recording with many greats in the business, including: Matt Minglewood, Dutch Mason, David Clayton-Thomas, Suzie Vinnick and Ronnie Hawkins”. From Roly Platt’s Bio found at his site: http://www.rolyplatt.com/roly-platt-bio-harmonica  Photo: James Dean...Check out Roly's interview; https://www.youtube.com/watch?v=SHVBm9e_3fA

“Benjamin Darvill, known by his stage name Son of Dave, is a Canadian musician and singer–songwriter, based in the United Kingdom. He was a member of Grammy nominated folk rock band Crash Test Dummies in which he played harmonica, mandolin, guitar and percussion before returning to his Blues, Beat-Box and harmonica driven solo work in 2000” ~from artists bio. Other entertaining video’s.Website: https://www.youtube.com/channel/UC5bzMaiutGkhKrI4ePBzX3Q/videos

Link to their Blues Album; Salamandra:

Tiffany Helga dos Santos seems to be strongly influenced by classic musicians like Sonny Boy Williamson and Little Walter. She has a beautiful traditional sound, is an international artist, and is sponsored and an endorser of  Hohner Harmonicas. Photo credit: Pablo D Contreras. Website: http://tiffanyharp1.blogspot.fr/ 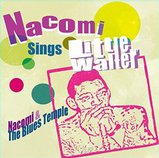 Nacomi &The Blues Temple is a Little Walter tribute band from Japan. Imagine if Little Walter could see today the influence he has had worldwide? 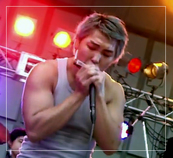 This harp player (best I can tell) is from Japan and his band’s name say’s it all “Monster”.Website: 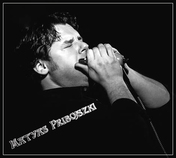 Matyas Pribojszki is a gold album recipient with 10 albums. He’s performed in 25 countries on three continents passing on the message of his own style of blues, many times sharing the stage with blues extraordinaire’s alike. I’m impressed with his videos, perhaps you will bee too. Here are a few other links: 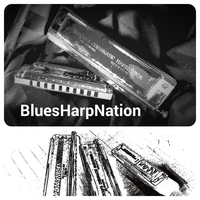